It is always an awesome thing when something fun and completely unexpected happens to your day. That's what happened to Wife Amy and myself when we decided to switch our plans a bit and go to down town Raleigh, North Carolina to test out our Galaxy S5 phones in a very popular and portal rich area. Right at the State Capital in fact.


We parked in our now usual spot and walked over to the XM rich walkways that surround our state's Capital. In fact there are so many portals it stretches for blocks in all directions. 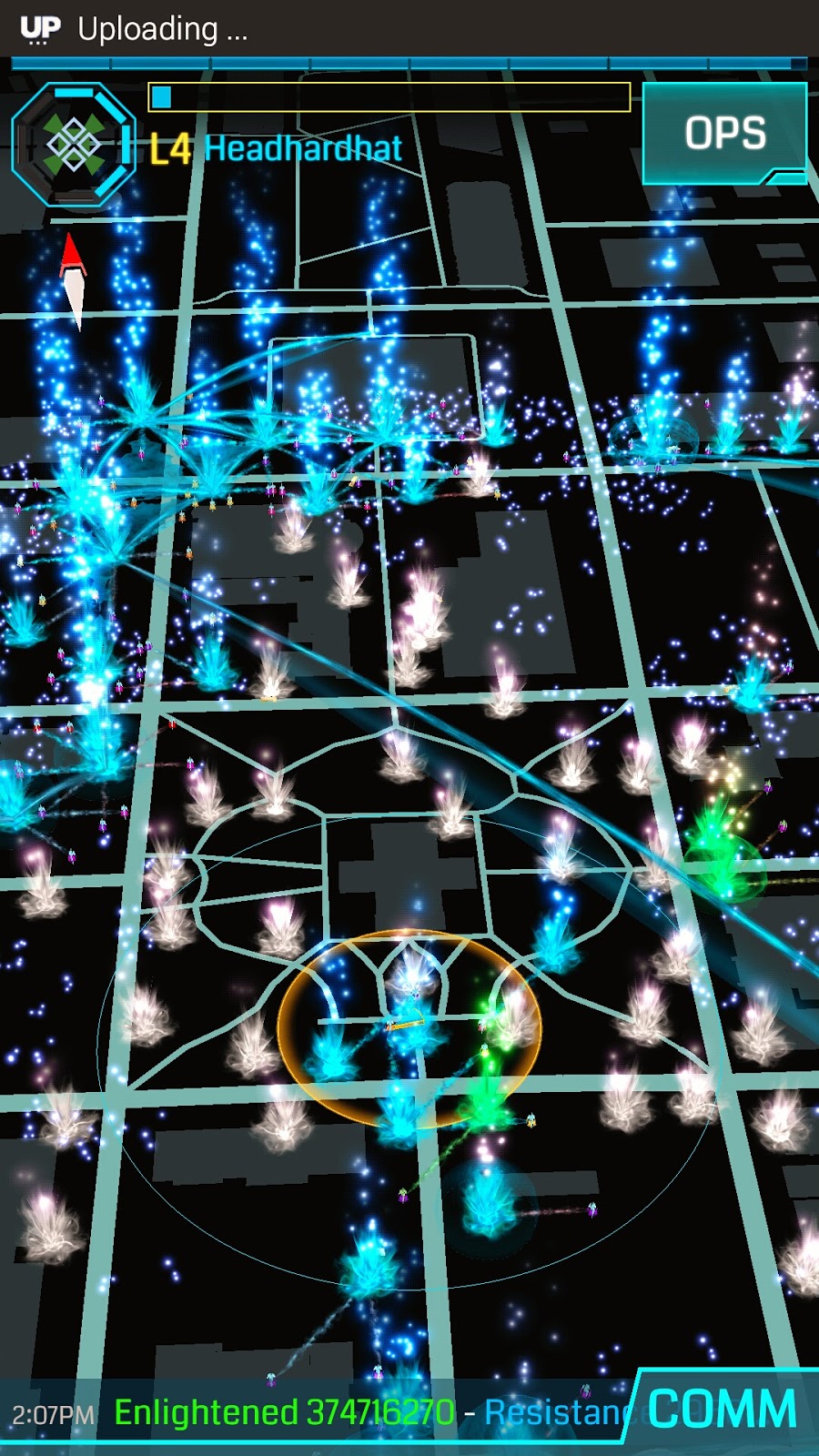 As we started dropping resonators like popcorn to a flock of birds something unusual started happening. We both worked together building and taking ownership of portals we noticed that as quick as we were building them they suddenly were going back to neutral white.. HUH?
We already bumped into one Ingress-er but he had just turned level 5 and I doubted he could destroy them so quickly. Then we saw a rather large group of people all staring at their phones.  We thinkst we found the culprits at hand... So we went over to investigate.


Sure enough, apparently there was a rather large event that was going on in Raleigh today. Involving many Ingress players. Together they were all battling it out for points and bragging rights. Wife Amy and I just happened to stumble into the fray towards the end. 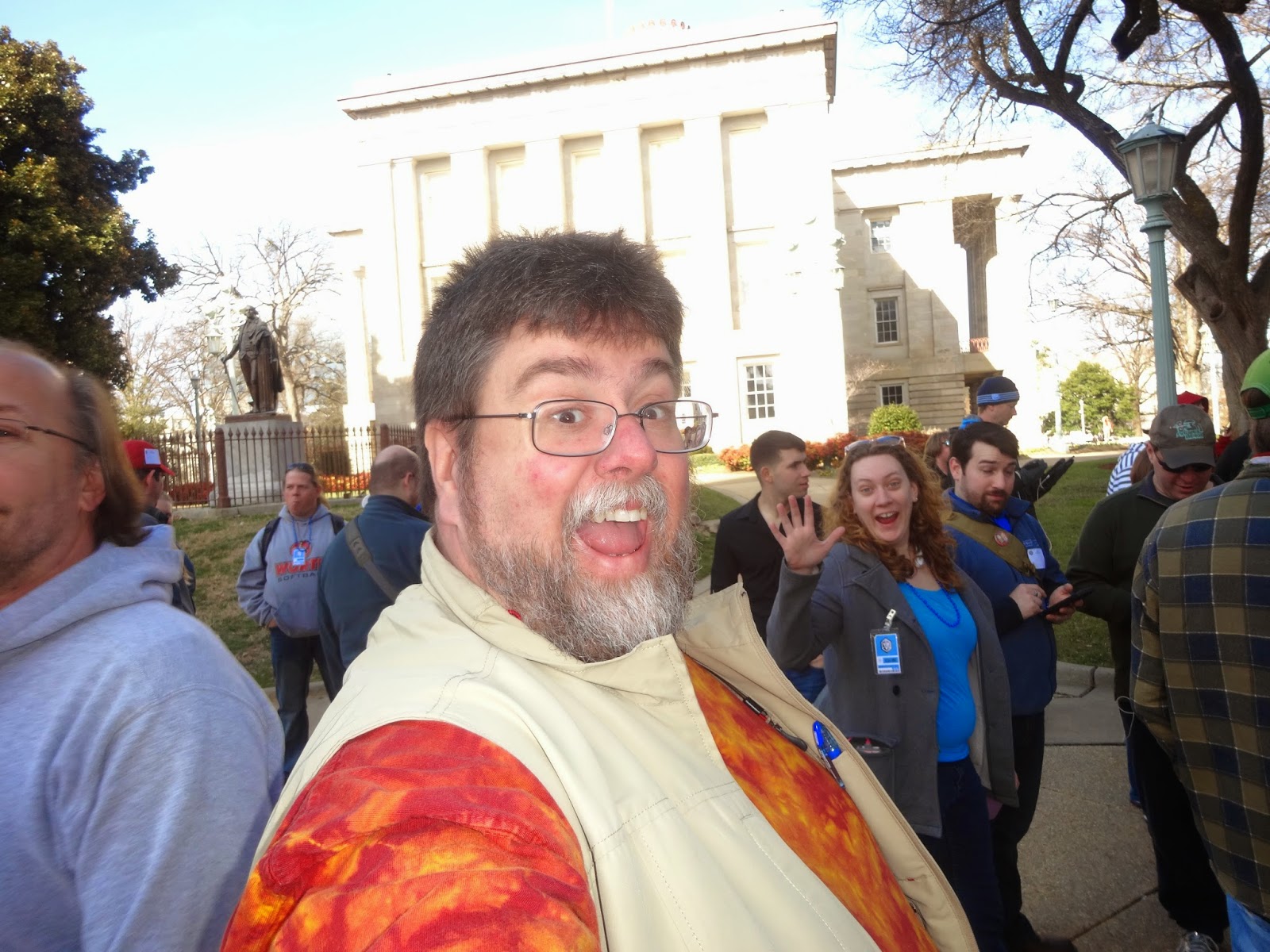 They were all very kind and understanding when we introduced ourselves much like another world wide group of digital adventurers I know. Not only did we continue to play a long for a while they invited us to join up with the main hive known as the Ingress Triangle Resistance. Which worked great because both Amy and I are part of the Resistance. 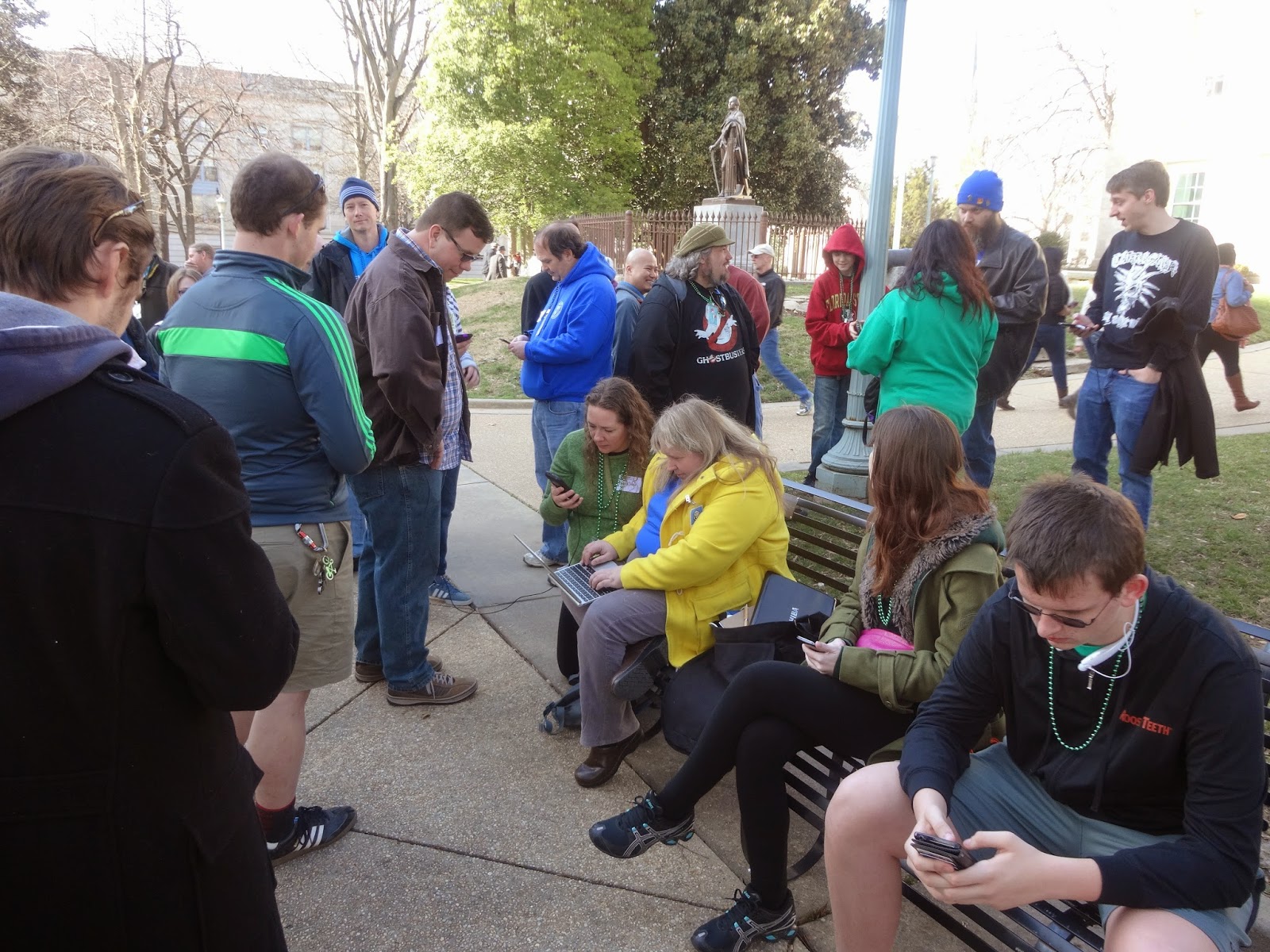 After things started to break up, Wife Amy and I spent several hours afterwards hacking portals, building up new and destroying others as all good Ingress players do. It was fun meeting up with everyone and we both look forward to their next event. It was also a lot of fun playing with Wife Amy as we walked around downtown, laughing and trying to absorb enough XM to keep going. This should be very interesting now playing with a group of people and how quickly we can gain levels.
We shall see.... Viva la Resistance..

You can get more information about this interactive digital activity by going to www.ingress.com.

Where Technology and Geek Meet
http://www.headhardhat.com

Get our RSS feed for this blog here:
http://feeds.feedblitz.com/geocacheimnotobsessedright/