Next Season of GeoSnippits on Michigan Magazine TV Starts This September

Please don't forget to visit our GeoSnippits Geocaching Tutorial Videos Website at
http://www.geosnippits.com
Posted by Unknown at 1:17 PM No comments: Links to this post

Please don't forget to visit our GeoSnippits Geocaching Tutorial Videos Website at
http://www.geosnippits.com
Posted by Unknown at 5:52 AM 3 comments: Links to this post 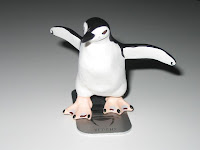 On an April day in 2008. I believe the sun was shining and the air smelled of honeysuckle. My then 11 year old daughter looked at me with her crystal blue eyes and said, "Daddy, Wolfgang Von PitterPat is going to be okay, right?"
I smiled at my child and said, "Why sure darling, this little travel bug will see the world and go places you might want to visit some day. It will be just fine."
So we took little Wolfgang (a Chinstrap Penguin) to it's first drop off point which was one of my nearby geocaches and it disappeared into the wild.
Little did I know then of the life expectancies of a Travel Bug or Geocoin in the geocaching world. For many, the fates cause them to be lost, stolen, destroyed and just plain misplaced for years at a time. I know of several geocachers who have put out hundreds of travel bugs only to have just a few still in circulation. Then there are the others who chug along happily as they get picked up from one geocache and dropped back into another as they attempt to reach some goal. As far as Wolfgang goes he is on one crazy ride to Antarctica where he wants to meet up with some of his real time buddies.

Until recently Wolfgang has stayed in the United States traveling from one coast to the next. He made it big when his travels included being with the Subaru Leave No Trace gang for a month or two and was given a whole new set of bling.
They took him all over the place on the west coast and even wrote a couple of articles about him in their newsletters.
You can check them out here.
http://headhardhat-geocache.blogspot.com/2009/10/update-to-tb-wolfgang-von-pitterpat.html 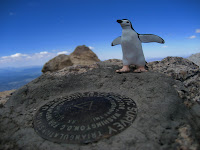 Please don't forget to visit our GeoSnippits Geocaching Tutorial Videos Website at
http://www.geosnippits.com
Posted by Unknown at 5:06 AM No comments: Links to this post

It happens in geocaching, when you walk up to a geocache and find it in need of repair. If you are like me you hate to see swag, log books, travel bugs and geocoins getting damaged because the geocache they reside in is allowing the elements to get in. Wouldn't it be great to have a self made kit that contains items where you could fix the geocache until the owner could come out and replace it? The GeoSnippits video below shows you just how you can do that.

Please don't forget to visit our GeoSnippits Geocaching Tutorial Videos Website at
http://www.geosnippits.com
Posted by Unknown at 12:15 PM No comments: Links to this post 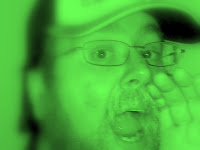 Please don't forget to visit our GeoSnippits Geocaching Tutorial Videos Website at
http://www.geosnippits.com
Posted by Unknown at 8:39 AM No comments: Links to this post

Adding Some New Geocoins To My Collection 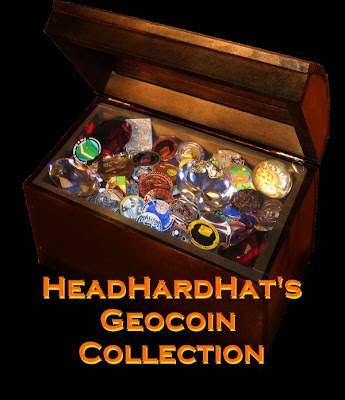 I do not get the chance all that often to add to my ever growing geocoin collection. Yet when I do I am a kid in a candy store. To date I have over one hundred geocoins and growing. Today in the mail I have now added four more and put one extra into my unregistered pile for trading or possible swag. These particular geocoins were purchased from the Geocoin Store and the Geocoin Club (GCC) of which I am a member.
Wanna see? Well of course you do. Geocoins are one of the points of interest that make geocaching fun and interesting for many of us. Here is what I purchased. 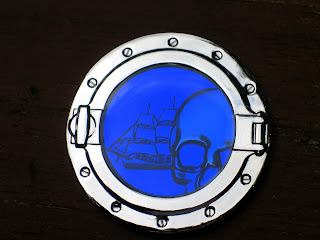 I really like this one. It has a nickel finish with 3D shull and ship in a deep blue resin. The back of a coin is a compass set in the same blue. Why did I buy it? I love the whole look to it with the pirate theme. The coin itself has a good heft to it and feels right when you hold it.
I also purchased another with a red background and copper metal instead of the nickel. It is a good looking coin but for some reason I really am liking this one better. 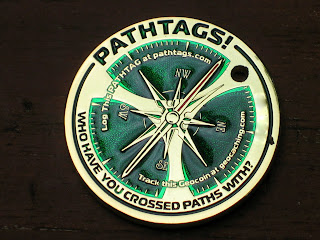 I love Sherpa geocoins. In case you don't know a Sherpa geocoin has a whole on one side with a strong magnet in the middle. There you can place a pathtag that gets carried along with the coin as it travels. This green themed geocoin is geared to showcase pathtags but I have other types of Sherpa geocoins as well. Again great weight and feel when you hold it. 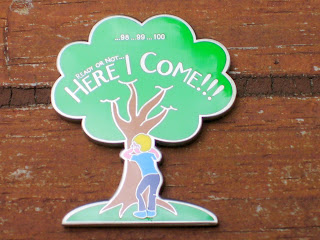 Take a chance, you never know what you might get. With GCC you can purchase what they refer to as their grab bag. In it you have a chance to pick up three random geocoins for the price of two. You don't know what you are going to get but that is part of the chance of a grab bag. In my case I lucked out. The first coin goes back to May of 2007 with the Hide and Seek geocoin. It didn't make me go all goo-goo or nothing but it was cool to be able to pick up a geocoin that you can't get anymore except in something like this. 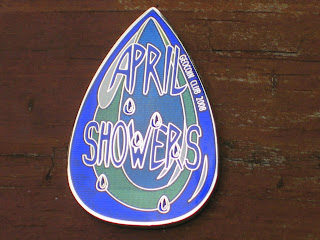 Now this geocoin made me smile. Not because the coin itself is overly amazing but because when I first started joining the GCC was back in May of 2008 which was the Brings May Flowers dual geocoin. In other words the shape of the April geocoin fits into the May geocoin which was my first. Now my geocoin set is complete which I was rather pleased to receive this unexpected geocoin.
My third and final geocoin was the June 2008 Copernicus geocoin of which I already have so that will be in my trade-able geocoins collection or possibly given away as swag to some geocaching find that I am impressed with.
So there you have it. A small but very recent sample of my geocoin collection. Everybody collects one thing or another. For me these geocoins are something that brings out the pirate in me and also can fill a rather large treasure chest display. How cool is that?
What is your favorite geocoin? Send in a photo and it may make it on my blog or an upcoming GeoSnippits video. Email it to: headhardhat@gmail.com
GeoCache: I'm NOT Obsessed... Right?
http://headhardhat-geocache.blogspot.com/
-------------------------------------------------------
Twitter me at
@headhardhat

Please don't forget to visit our GeoSnippits Geocaching Tutorial Videos Website at
http://www.geosnippits.com
Posted by Unknown at 2:04 PM 10 comments: Links to this post