Puzzle and Mystery Geocaches... Do You Do? 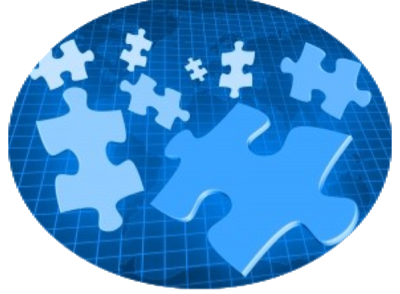 It has always been interesting to me how there is such a difference between the United States and say for example Europe when it comes to Mystery and Puzzle Geocaches.

In many other countries besides the US a good ole' Mystery cache is craved to be discovered and yet in the USA I have seen the exact opposite. Now I am not talking in absolutes here. There are plenty of geocachers in the US that love to pursue Puzzle Geocaches but as a norm, not so much. We tend to like the traditionals while the rest of the geocache types are found with much less frequency.

I am curious as to why. Do we as geocachers prefer the quick and easy instead of actually having to use our brains? Is it intimidating to have to solve a logic problem or heaven forbid a mathematic formula? As a joke I have stated in many a conversation, "How do you stop 30 geocachers in their tracks..? Give them a math problem :)". It would be sad but I have actually been there during an event and never saw so many blank faces pop up during a puzzle cache we were all trying to resolve. So is that it, we give up or don't try because we are intimidated? I will be straight out and say there are Geocaches in the Raleigh, NC area that I just stand their and shake my head. We have six or seven major colleges here and a lot of the professors are geocachers. I don't stand a chance but I do try. At least if I can't do some of the more complicated mathematical ones I do love the other problem solving ones.

How do you feel about Mystery and Puzzle Geocaches in your area? Are you a save them for a rainy or snowy day kind of geocacher or do you even try at all? Are you a mystery guru and eat them up? What are your favorite types? I would really like to know what you think.

We have some great Mystery Caches in the Reno Nevada area. We have LeakySpoon, Find Waldo, Reno Raiders, and Team Goobie (and others) who have placed some excellent caches. . Some of these are amazing and have taken many hours to prepare. I have been disappointed that many of the locals won't do puzzles. Their loss!

Here is an example of a very fun puzzle: Take a look at the logs.

In the Houston, TX area - LogDawgs has a few variations of mystery caches. The Presidential Series (all the Presidents!) is a favorite (http://coord.info/GC2T4BA), with the mystery cache - a short quiz. His Pièce de Résistance (http://coord.info/GC35JZT) is a puzzle solver's dream - lots of field solving as well as other nuggets! I know we like to get the numbers but puzzles do keep it fresh.

I'll be honest, I totally disregard puzzle caches. I generally don't even look at them. I got into this hobby to be outdoors. Seeking new adventures and new places and finding things. Not sitting at a desk trying to figure out a puzzle I have no idea where to begin with. I'd rather be finding than solving. And fortunately I live in an area with good weather most of the time. Just my two cents ,lafitefl

I think it's a matter of time for most of us. I haven't even attempted a puzzle cache yet. I'd like to try at least one, just to see if it would have better contents than the average cache.
I'm also planning to do one myself, so it makes sense to see what's out there.

Puzzles and Mysterys..the harder the better. I get totally involved with solving them. When i ht a wall I will ask someone for a hint. If they are stingy(yup it happens) then I will go to the CO. But only if I am right stumped. You should check out Alberta Canada and see what puzzlers there be ..aarggghh

I'm from Ontario, Canada. I love puzzle caches. It adds an extra layer of fun to the hide. When you find the cache it makes the smiley that much more sweet.

But up here I find most of the Mystery caches here are challenge caches. I'm working at them. But they are slow going.

I find that most of the puzzles wind up being part of a multi cache instead of a mystery cache.

I'm currently trying to figure out a 1/2 dozen puzzles and planning to hide a couple of my own.

Do you have a bookmark list of the really hard puzzle caches? I have a buddy who lives in NC who turned me onto geocaching. So I wouldn't mind working on some before my next visit.

Mystery and Puzzle Geocaches differ all across the world! But they remain interesting nevertheless.

Currently we live just 10 miles down the road from Bletchley Park (they did a little bit of puzzle solving themselves in the 1940's) so as a result we have some real mind twisters many of which I've failed to solve. I'm not the sharpest tool in the box but manage some solutions but -Lo is scary smart and can occasionally be co-erst into a little puzzle solving.
The puzzles that do bug me a little are those where you first have to guess some random element the cache setter was thinking about then decided to make a puzzle from.

The "problem" that I often have with puzzle/mystery caches is the lack of information to go by.

I've found 5 ? caches. 3 had puzzles.
I've solved three more puzzles, but have yet to actually go out to get the caches.
But those were a bit easier.
http://coord.info/GC2YQEH is an example.

Then I see things like that Artemis Fowl cache that Randy linked and can't help but stare stupidly and think "okay now what".

Caches more like http://coord.info/GC2FJDK I can work with, to an extent, because I can see there's Morse Code present, but have no idea what to do with the letter blocks or the electrical diagram.
Or http://coord.info/GC25WVN, which also gives enough information to solve it in the puzzle itself.

But yes, mostly I ignore them.
No, no, that's not true; I'll look at them once to see if it's something I have a near-future hope to find, and if I do, then I'll save it. Otherwise, I'll ignore it.

I don't know what puzzle caches in other countries are like, but in my experience local puzzle caches are sometimes obscure—or just poorly designed puzzles. Maybe because I'm a professional puzzle creator myself, I am too critical. But I have solved some great puzzle caches, too. (By the way, my puzzling site is http://www.mypuzzlefix.com — the link under my name in this comment is to the geocaching book I wrote.)

Personally I enjoy them very much. As one who solves logic problems very often for the sheer joy of it, it was nice to take my hobby to geocaching. Actually, my first cache placement I put out recently is a puzzle cache(GC3R2XX). There were no puzzle caches in that town, so since I was placing the cache anyways I figured I would make it a little interesting and give some variety.