Solving A Puzzle Geocache - Bring on the Android Apps. 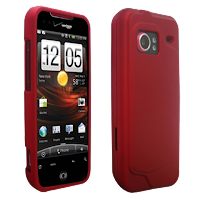 It was an amazingly nice spring day recently and as I was finishing my lunch I sorted over some of the geocaches that were relatively close to me. For whatever reason a puzzle cache series caught my eye. There were three in total and all with the same first name. For example lets call these geocaches Geoseries #1, Geoseries #2 and Geoseries #3. 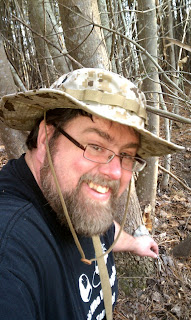 Geoseries#3 was a puzzle geocache and to resolve it you had to find the first two and somehow come up with the final coordinates. This sounded like fun and a great way to spend a few hours geocaching. What I did not realize at the time was all the tools that I would need to get through the series. Fortunately for me I already had them on my Android phone. Let me show you how.

Geoseries#1 was a traditional geocache. The terrain was pretty rough with the amount of thick briers one had to go through to get to it. Yet once I did the find itself was pretty straight forward. To do my geocaching on the fly I used my Android phone and a Geocaching Application. There are several out there and many really well done ones are free. If you are a GroundSpeak die hard you can pay your $10.00 for their geocaching application. I will be doing a complete review of the GroundSpeak App in the not too distant future. The point is, if you do not have your GPSr with you, having a geocaching application on your phone is a sweet way to go.

Once I found Geoseries#1 I was given instructions on what I needed to do next. The OP set up a "target" for me to find and some coordinates to get there. In this case there was a sign with some words on it. After a short drive and search I was able to write down those specific words for use later.  To save the words exactly I used my Smart Phone Camera. Cameras are pretty much a staple on just about any mobile phone out there and with the afford-ability of SD cards for storage we can take thousands of photographs. This is also a really nice tool to have with you while geocaching. 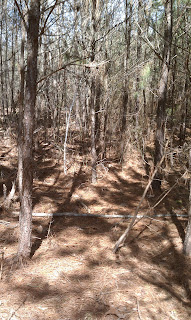 Geoseries #2 was done the same way as Geoseries #1. Inside was another set of coordinates and another target to find. Again I took pictures of everything including the clue cards which gave the instructions. I did not want to have to come back through these dense brier patches.

With all the information now in my hands, err, camera. It was time to do some problem solving. What needed to be done initially was the words found on the signs were to be converted to numerics. To do that was a simple conversion where a letter needed to be substituted with a number. For example, A=1, B=2, Z=26. Now I could have taken the time to write all 26 letter-number combinations but I happened to have GCC: Geocache Calculator on my phone. This app has over 80 different encryption decoders at your fingertips with one of them being this format. All I had to do was plug in the words found earlier and I instantly had the numbers that I needed.


Finally all was needed was to take the numerics I had just decrypted and compute a mathematic formula which was in the description of the geocache itself. Again using a geocaching app to verify everything was great and to do the computations I had my handy dandy phone Calculator. The next thing you know I had the coordinates for the final geocache but was my conclusions correct? In this particular case the only way to know that was to go and find the final geocache. Luckily for me I was correct and my prize was waiting for me. There is however a really cool geocaching validator available called Geochecker. What geochecker allows is for the geocacher to put in the correct answer to the puzzle which in this case is the coordinates and see if you are correct BEFORE actually taking the chance at being incorrect.

So there you have it. A really sweet puzzle cache series that needed a series of tools now easily found right on your smart phone. Now does this mean you have to have a smart phone to go geocaching? Not at all, just remember that if you do attempt puzzle caches that you may need to bring some other ways of resolving them as you go geocaching...

See you out on the trails...

Please don't forget to visit our GeoSnippits Geocaching Tutorial Videos Website at
http://www.geosnippits.com
Posted by Unknown at 9:12 AM

I wrote a hub recently about using your smart phone for geocaching:
http://hubpages.com/_nvcaqq9fck11/hub/Geocaching-With-A-Smartphone

The GPS accuracy isn't always as good, but it is sure convenient to be able to look up what is around you and find a cache when you have some free time. With a GPSr you tend to need time to preload caches from your computer.