Which Brand of Handheld GPS is Best, a Real Boxing Barnburner 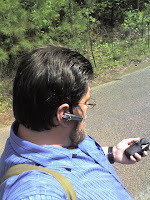 Great article. Thanks for the info.

I love my Colorado. I too read several bad "reviews" on the forums, but found that the majority of them didn't hold much water, or were complaints about issues that went away with firmware updates.

Either way, I love it, and it outperforms my old 60 series unit.

I strongly suspect that personal taste has a lot to do with opinions on which unit is king.

I love my Garmin. And will stay with Garmin I believe. Eventually I'd like the Oregon, but until whereigo gets bigger, my 60CSX will be perfect for me for some time to come!

You need to check out the Paperless geocaching feature's on the Delorme PN-40 with TOPO 8. It's amazing !