Pathtags - An Alternative to Geocoins? 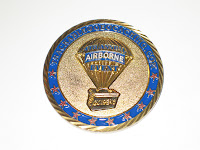 It is no secret that I love geocoins. They push my pirate button when I go geocaching. Not the plunder and pillaging part, but more of the "Oooo shiny objects" part. To me a really good geocoin has a weighted feel to it when you have it in your hand. It feels like it could be made of gold or silver even though we know it is more likely brass. It needs to have some significance to me. Something like an event I attended or a defined theme that is of interest.

The average geocoin is about two inches in diameter and costs anywhere from $8.00US and up with an average around $15.00. I feel for the most part you get what you pay for. Some geocoins I have purchased for less than $8.00 look and feel like an $8.00 coin. the weight is less and the appearance is more grade "B" rather than grade "A". Truly, it is in your best interest in doing some research on the coin making companies before you buy. You will be so much happier with your choices. 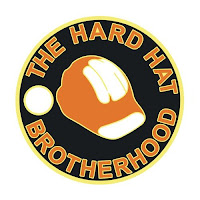 A few years ago an alternative to geocoins became available and they are called pathtags. Now I do not believe they are a replacement to geocoins but rather a cool way of making personal coins affordable for trade. So what are pathtags? Pathtags are made similar to geocoins with a brass or other heavy metal base. Depending on the company you purchase them from they can be made with dozens of colors and in a very high detail. With an average diameter of 0.9 inches the cost of a pathtag is about $2.00US which makes it appealing to many.

There are some subtle differences when it comes to tracking. Currently on most geocoins they can be tracked on sites like geocaching.com which shows it's history of movement from one cache to another. Pathtags instead can be shown on a map where the holder of the pathtag lives and where they found or traded the tag itself. If you are interested in making your own pathtag for trade you can start by checking out pathtags.com.
Posted by Unknown at 2:43 PM

I just found an Alaska travel coin on my journies. I know what ya mean about looking for coins. Aarr...avast ye...It's treasure we be lookin for...