Whirlwind Weekend and Not in a Good Way... 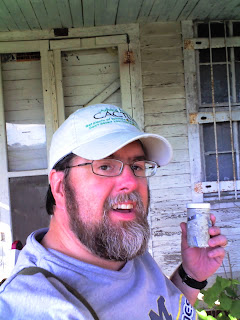 Ahh Fooey, I guess you can't win them all. Was really hoping to do some decent caching this weekend and just too many other things going on right now. Throw in some rain and other factors caused this to be a bit of a bust.

I did though get about two hours in late Sunday where I was able to get in about six caches. Some in some pretty scary places as you can see by the photos.

(Left - HeadHardHat with cache at an abandoned store in Wake County, NC.) 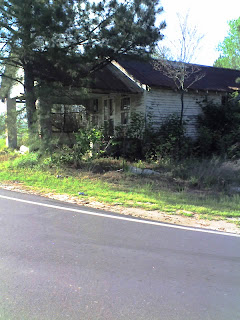 I was able to stomp around Garner, NC and Benson Park. Was a bit disappointed in the number of inaccuracies of Travel Bugs. Tried three separate caches all reporting TBs and all came up blank. Humph...

(Another view of the old store)

As a side note, there is a real possibility that I may have to drive up to Michigan this week (again)! Normally that would be a pain but I would be able to cache on the way. Unfortunately da wife needs me Garmin to do some driving herself so it looks like the whole trip is going to be a cacheless one.. Things just keep looking better and better... 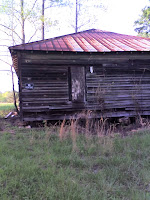 Had one "Couldn't Find". It was at White Deer Park in Garner and the sun was already down. Took me about a third of a mile on a deer trail and by the time I made it to the cache site I only had time for a quick fly by. Again another creepy place and the Lone Star tick on my pants didn't help.. Boogied on out and will try again under more sunny circumstances...


Welp, that's all for this weekend. Hope yours was a cache rich one. I ended up with 6 and 1. How about you?
Posted by Unknown at 4:48 AM